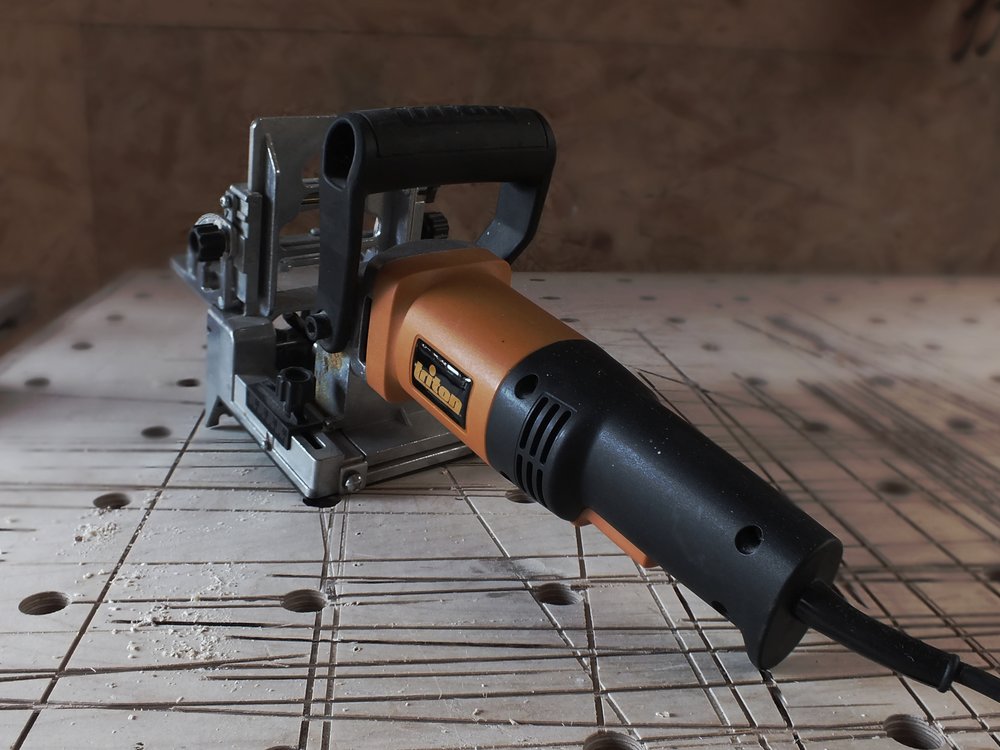 The Festool Domino is a great tool. I’ve honestly never spoken to anyone who is unhappy with a Domino.

If you’re not versed in what a Festool Domino is; it’s a hand-held power tool that allows you to cut mortises in your work piece so you can join your pieces using floating tenons (or dominos as Festool likes to call them).

The only apparent problem with a Festool Domino is it’s price. It can set you back anywhere from $900 – $2,000 depending on whether you go for the DF500 or the XL DF700, and also depending on what accessories you get with it. (Check the current price on Amazon here).

So for many woodworkers, particularly hobbyists, but also pros who only need this type of tool occasionally — this price tag is hard to justify.

There are some other loose tenon systems on the market such as the Beadlock which will give you a similar end result. But these systems tend to be a jig that are made to accompany your existing tools like your drill.

If you are looking for a stand-alone, handheld power tool that allows you to cut similar joinery into wood, I have only found one low-cost alternative. That is the Triton Duo Dowel Jointer TDJ 600.  I purchased this tool and paid around $200 for it. You can check the current price here: (Amazon link).

If you are on a budget and cannot justify the expense of a Festool Domino, then the Triton Duo Dowel Jointer may be an option for you. But be warned, it may take some modification on your part before you use it. Also be warned, it is not really a comparable tool to a Domino. It does a slightly different job. It cuts dowel joinery as opposed to loose tenon joinery. But some woodworkers may find it useful. Take a look at the video review below. You may decide it’s worth your while to modify, even though the tool isn’t perfect out of the box.

I had a very similar personal experience to that of Chris from Sharp Edge Woodworking in the video. I had to modify it to get it to work accurately. I don’t have the need for a Festool Domino. I would only use it very rarely. But for a low cost, and some slight modification, I have a tool that does an extremely good job for my occasional use.

The Triton TDJ 600 appears to be a copy of the original Mafell DD40. And to be honest the Mafell looks like a far superior tool to the Triton. Its reviews are good. It looks accurate out of the box, and has some extra features such as location stops on the face plate. But it is a similar price point to a Festool Domino in the $1,200 – $1,300 range. So that would bring you back to square one!

The Triton TDJ600 isn’t perfect, and won’t be an option for everyone. But if you are looking for a low cost alternative to a Domino and don’t mind investing some time in modifying the tool to get it accurately set up — the TDJ600 suddenly becomes a viable option.

P.S. This is not an ad. I don’t generally do tool reviews or sponsorships, and I have no affiliation with Triton, Festool, or Mafell. I bought the Triton tool knowing its deficiencies, and I still find it useful. I thought I’d share my experience to allow you make your own decision. However, in full disclosure- if you use the Amazon links to buy any of the items, I will receive an affiliate commission from Amazon.

P.P.S. If you liked this article, you may also like to get free and practical tips on woodworking techniques, business growth, productivity, and more in your inbox each week (you’ll also get the “How to Make a Living From Woodworking” PDF guide). Simply SIGN UP HERE to get exclusive access to a wealth of knowledge.